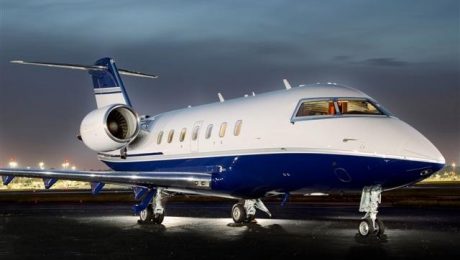 Bombardier designed the Challenger 601 with passenger comfort in mind. Making drastic improvements from the previous 600 model. This heavy jet has one of the widest body in its class. The Challenger 601 can complete any coast to coast flight with its incredible range. The jet is propelled by General Electric engines and also is built with drag-reducing winglets In terms of comfort, the cabin is spacious and well lit, with luxurious leather seating. The cabin can comfortably hold up to 12 people, but different configurations can seat a max capacity of 19. The cabin width and height beats any other heavy jet and even with such a large cabin, the Challenger 601 has surprisingly high performance. It’s a jet not known for its speed, rather its long-range capability. UberJets members love this jet because it’s a heavy jet that’s cost-effective, comfortable, and can complete any mission. 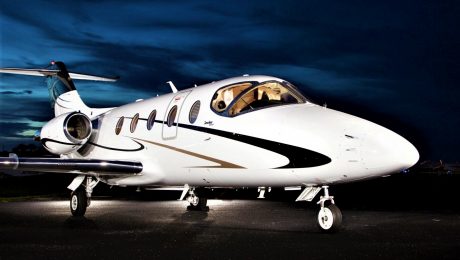 The Hawker 400XP is UberJets’ most commonly used light jet option. The 400XP is a mixture of comfort, performance and low operating cost making it ideal for short trips at a very reasonable price. This jet is a workhorse, able to complete missions all over the country. Some of the most popular routes by UberJets members using the Hawker 400XP include: New York to and from Florida, Los Angeles to Seattle, Grand Rapids to Florida, Los Angeles to Las Vegas.

The Hawker 400XP is one of the best performing light jets in its class. It has a cruise speed of over 400 knots using Pratt and Whitney turbofan engines. Pilots love flying this jet because of its cockpit layout and the overall stability and durability of the aircraft. Passengers love traveling in it because of the large, classy cabin, making it a very comfortable jet. Beechjet went through a process of models in order to perfect the 400XP. The company first manufactured the Beechjet 400, which then got modified into the Beechjet 400a, and then underwent more revisions to create Beechjets’ best selling light jet, the Hawker 400XP. 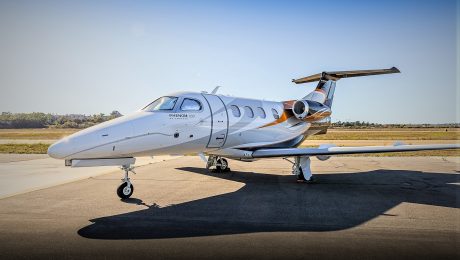 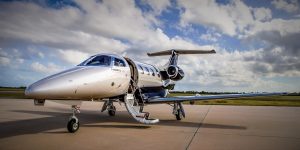 The Embraer Phenom 100 is a popular, very light, twin-engine jet for missions with a small passenger count. The Phenom 100 is made by one of the largest private jet manufacturers: The Brazilian based Embraer who makes a variety of Phenom options.

For a very light jet, the Phenom 100 is very powerful with dual Pratt and Whitney engines, each providing 1,695 pounds of thrust. Also, the aircraft’s cruise speed of 380 knots beats all other jets in its class.  Embraer did a great job of combining high performance, but also comfort. The cabin is aesthetically and spacious for a very light jet cabin, seating 4 passengers comfortably. The interior is designed with large leather seats and wood finishings. Overall, the Phenom 100 performs like jets in higher classes but at a very light jet cost, which makes it an extremely popular option for individuals and small groups. 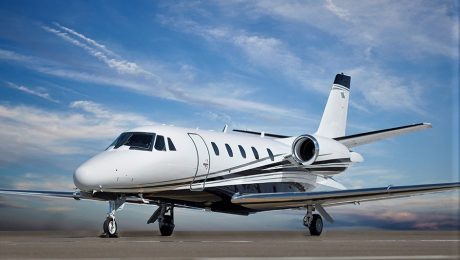 The Cessna Citation Excel is a popular midsize private jet part of the Citation family. Cessna saw a market for a jet with the Citation X’s features but serves the more traditional market, which manufacturers then developed into the first Excel.

The Citation Excel was a combination of both technology and design from other models in the Citation family. They took the wide, stand up cabin from the Citation X, then used the supercritical airfoil to reduce drag from the Citation Ultra, then added the same tail as the Citation V. The Excel consists of all the best parts of all the other aircraft in the family, and has the roomiest cabin of any aircraft in its class, seating a max of 9 passengers. What makes the Excel so popular is that it has all the specs of a mid-size jet, but can travel at a light jet cost. The aircraft also only needs a runway of 3,590ft to take off, which is the shortest take-off distance of any other mid-size jet. The  Pratt & Whitney dual engines make it out-perform all over aircraft in its class with exceptional speed, low drag, and a very quiet cabin. Overall, the Citation Excel is an aircraft that can be used for any mission, out of any airport, using any runway. It is another great private jet option in the Cessna Citation Family. 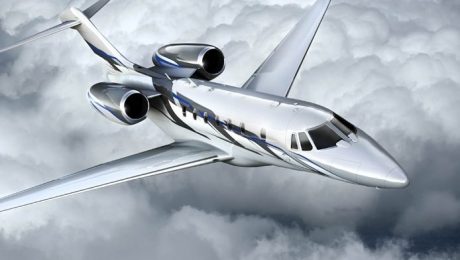 The Cessna Citation X and Citation family has been the world’s best selling private jets in the industry. The mix of both luxury, performance, and speed is the reason why it is the most popular jet out there today. Cessna prides itself on delivering high-performance specifications on all their aircraft. The Citation X family includes a few different variations including Citation XLS, Citation XLS+, and Citation X+.

The Citation X is well known for being the fastest private jet on the market. Cessna’s body frame design made this jet more aerodynamic and focused on decreasing drag. The powerful engines were manufactured by Rolls Royce each with over 6,400 lbs of thrust, making the X the first Cessna aircraft to be powered by this type of engine. Everything about this private jet is meticulously optimized for peak performance. Private Flyers want to get from point A to point B in comfort, but also as fast as possible which is why the Citation X is so popular.

The interior also features this meticulous detail. With a jet this fast, the interior needs to be quiet and smooth. Cessna’s proprietary sound-proofing cuts down drastically on noise in the cabin, creating an extremely quiet passenger experience. The Citation X excels at creating an interior that combines both comfort and style. This is a jet equipped to handle any flyer’s mission.